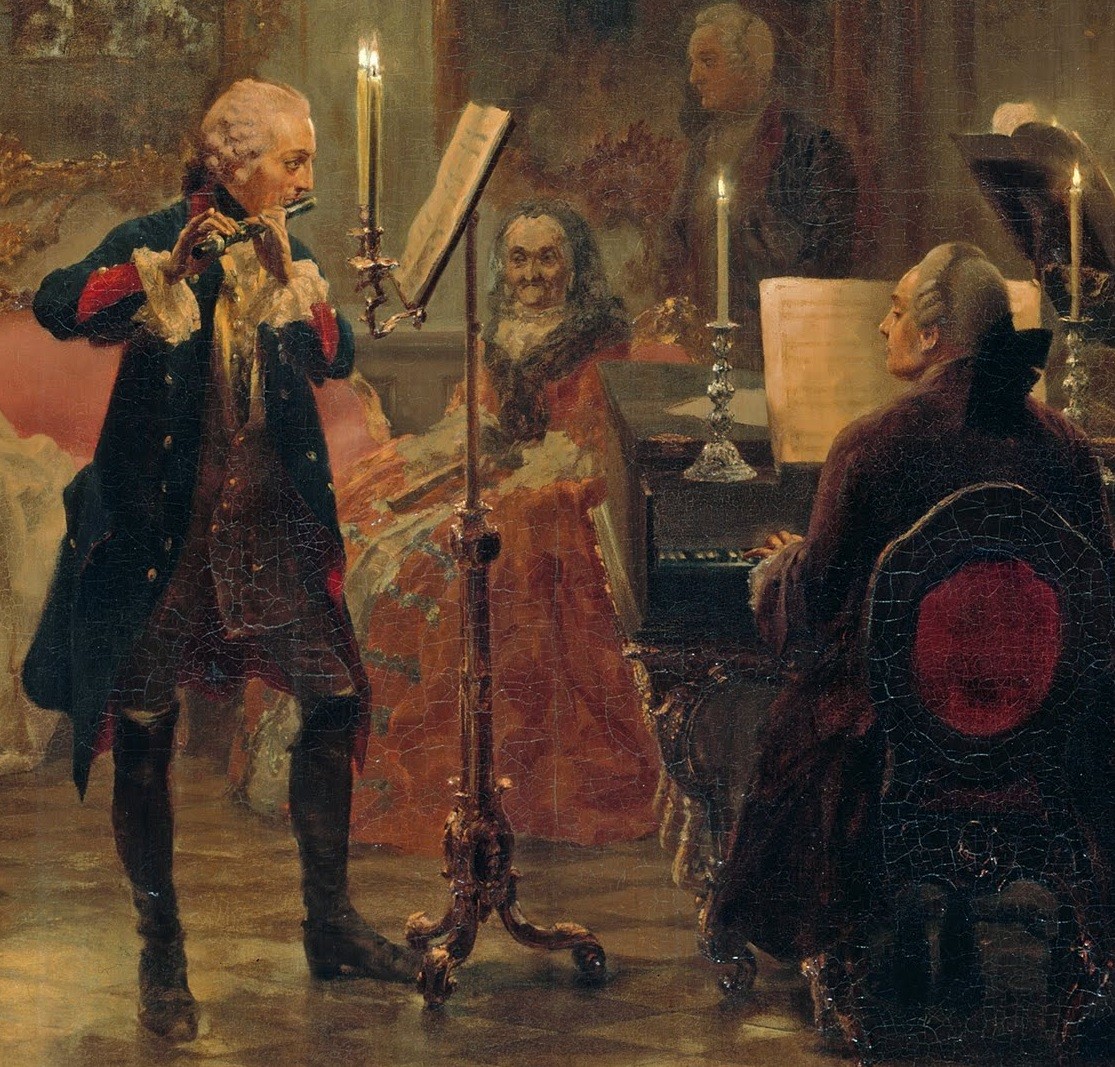 POSTPONED. NEW DATE WILL BE ADVISED
DR BURNEY’S MUSICAL TOUR OF GERMANY: Dr Burney toured the princely courts of Germany in 1772, meeting all the leading musicians of the time. Performances of works by these composers will be accompanied by readings from his fascinating journal recording his adventures.

One of the highlights was his visit to the court of Frederick the Great at Berlin: see Menzel’s depiction of this monarch playing the flute in a concert at Sans Souci.

Robert and Caroline Jackson host an evening of music at New House, Southmoor as a fundraiser for Orchestra of St John’s.